This is a fictional Air Mauritius livery for the FlyJSim 737 which is based on the basic Air Mauritius scheme. This livery features no dirt (clean fuselage and engines to replicate the real thing), Mauritius flag and a very vibrant tail. This livery also includes a stunning custom cabin which if you do not want this, just delete it from the file folder. The registration is also based of an Air Mauritius Airbus A350-941. If anyone does spot any mistakes in this repaint just comment, I'll be happy to edit anything that isn't accurate!

This livery also features a custom black mask around the windshield like the A350!

Info about why this along with 2 other Air Mauritius A350's which are also white, remain scarce. According to Planespotters.net, the 3 A350's were originally meant for Air Mauritius but were never taken up. They were then leased to South African Airlines but due to financial issues, were returned to Air Mauritius at the start of 2022 and have still not been repainted into the full Air Mauritius livery.

Enjoy doing some island hopping in the Indian Ocean! 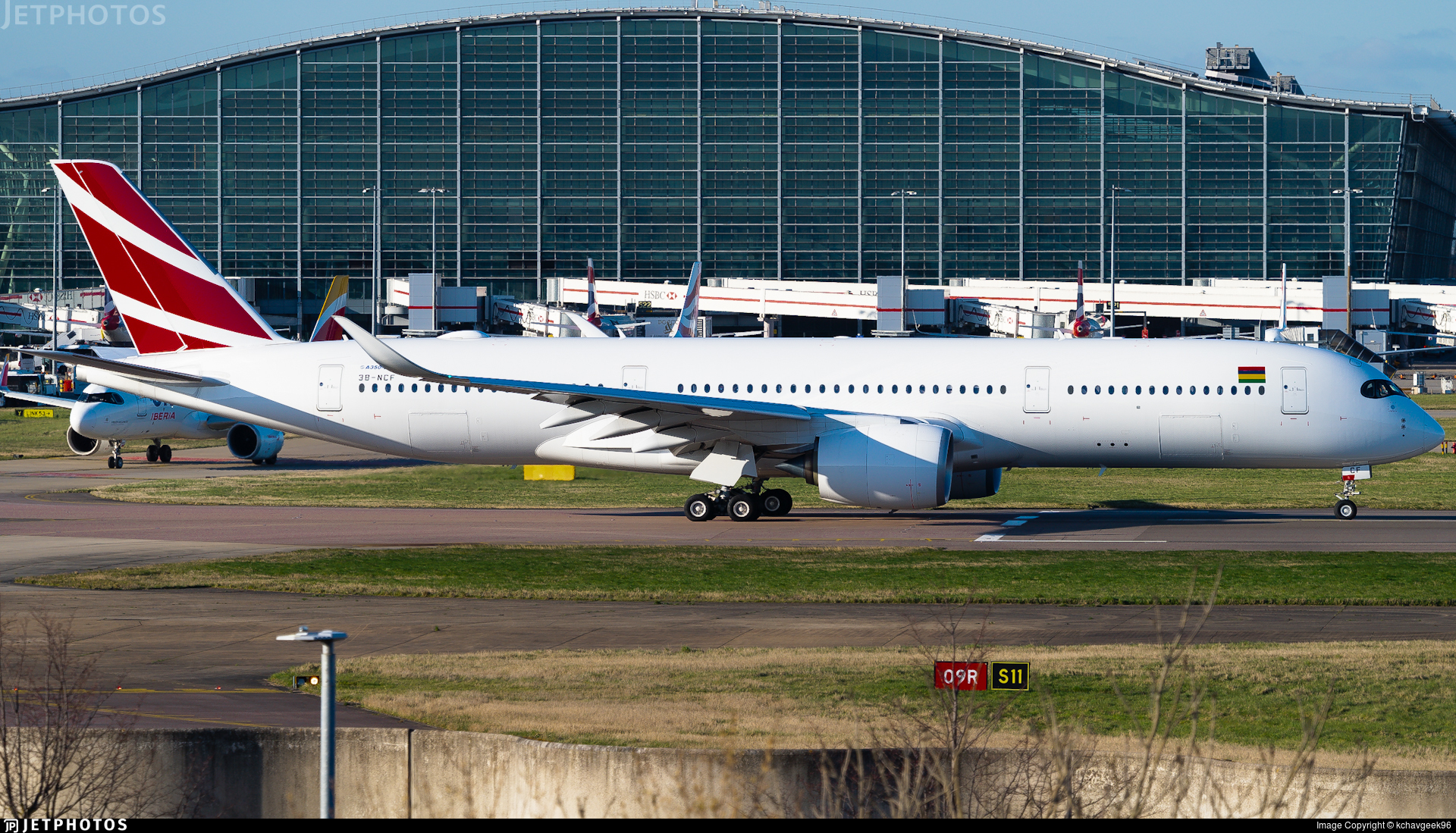